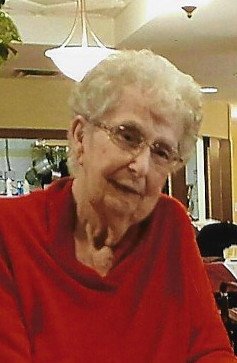 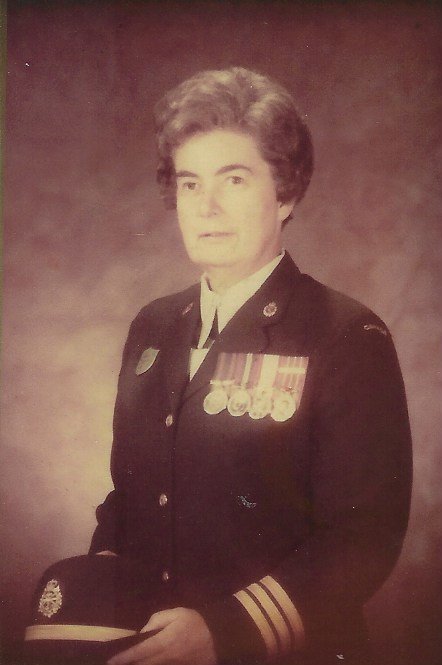 GREENWOOD, Mary Alice peacefully with Leeann and Roger by her side at Royal Victoria Hospital, Barrie Friday afternoon March 8, 2019.  Mary Greenwood of Barrie and formerly of Oakville and Hamilton in her 93rd year.  Beloved friend of Hilda Ferris of Hamilton.  Fondly remembered and missed by many nieces, nephews, great nieces and nephews, cousins and friends and those that she cherished as family.  Predeceased by parents Nellie (Morris) and Jack Greenwood and brothers William and Harold.

A Veteran, Mary's military career was extensive and spanned more than 20 yrs first joining the Canadian Navy in 1944 at the young age of 18.  Serving in the latter part of World War II, as a nursing assistant, Mary quickly realized nursing was for her.

Merging her two passions in life, Mary joined the Reserve Navy in Toronto as a sub lieutenant and then went to HMCS Star and served The Cherokee Hospital for 9 yrs. In 1962 she also became the first Canadian women naval reserve to be named as Lieutenant Commander and as well, in recognition of valuable service, was awarded the Centennial Medal in July 1967.  Mary's humble sense of compassion and need to care for others continued for years working as a nurse when finally retiring from Hamilton General Hospital.

A graveside interment service will be held at Dunk's Bay Cemetery, Tobermory on Saturday, May 4, 2019 at 2:00 p.m.

Expressions of remembrance to Sick Kids Hospital Cancer Care would be appreciated.  Messages of condolence may be sent to the family through www.georgefuneralhome.com