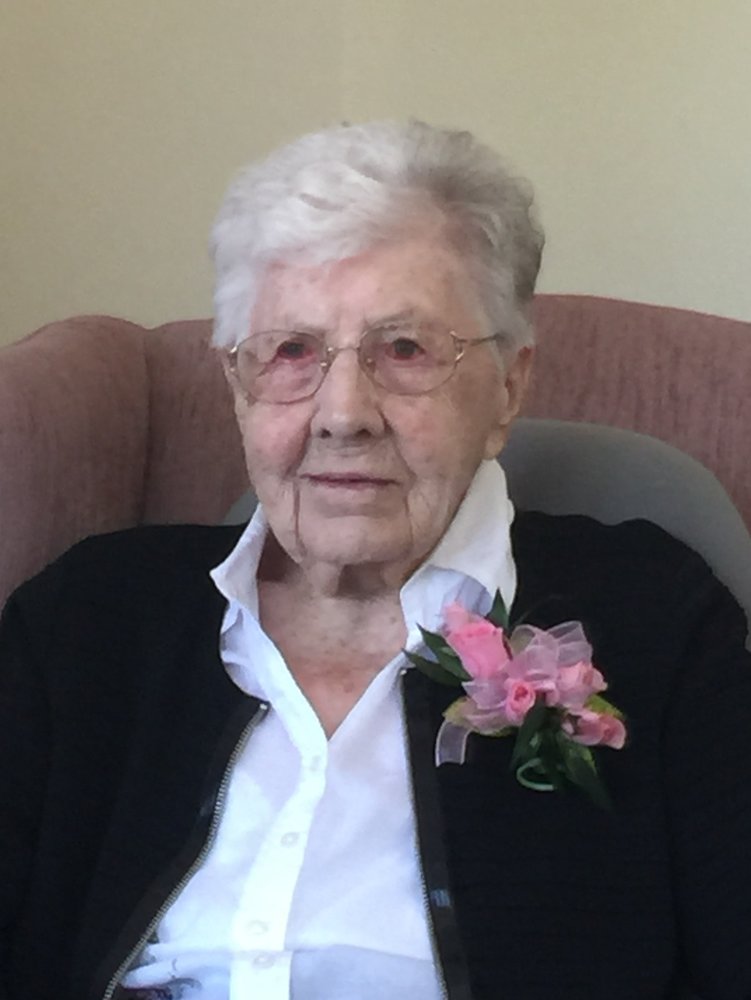 NIXON, Dorris of Burlington and formerly of Wiarton, peacefully Monday evening January 20, 2020 in her 104th year.  Cherished mother of Wanda Sinclair of Burlington and special grandmother of Mike of Hamilton, Suzanne (Oscar) of Barrie and Warren (Wazeefa and family) of Burlington and great grandmother of Jason, Lauren and Connor.  Dear sister-in-law Ila Nixon of Owen Sound, and aunt to many nieces and nephews.  Dorris was predeceased by her husband Percy (1985), parents Annie (Barss) and Charles Thomas, brothers George Thomas and Tracey Thomas, sisters Marie Chappell and Marian Chappell and brother and sisters-in-law Norman (Bernice) Nixon and Winnifred Nixon.

The graveside funeral service originally scheduled for the Bayview Cemetery, Wiarton on Monday, May 25, 2020 has been cancelled.

Arrangements entrusted to the GEORGE FUNERAL HOME, Wiarton.  Donations made to the CNIB or St. Paul's Presbyterian Church would be appreciated by the family as expressions of sympathy.  Condolences may be sent to the family through www.georgefuneralhome.com