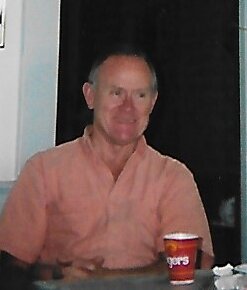 HILLS, Howard Ernest (74) peacefully, surrounded by love and family, reached the end of a year-long battle with cancer, on March 17, 2022  at the Wiarton Hospital, just a short distance from where he was born at Mrs. Spears Nursing Home.

Howard is dearly missed by Doreen (nee Wilson), his wife of 56 years.

Grandpa enjoyed being challenged by his grandchildren Billy, Jonathon and Elisabeth, in games of dominos and cards.

The family wishes to thank Dr. Meagan Grigg and her staff and Dr. Fenn of Wiarton, Dr. Aboo and the Oncology Unit at GBRHC, Dr. Kuk at Grand River Cancer Care, Kitchener, and the nurses at the Wiarton Hospital for the kind and compassionate care which Howard received.

Howard never liked being fussed over. In respect with his wishes, a private family gathering is being held.

Anyone wishing to make a donation is asked to consider Bruce Peninsula Hospitals Foundation or Ontario Federation of Anglers and Hunters.

Arrangements entrusted to the GEORGE FUNERAL HOME, Wiarton. Messages of condolence may be sent to the family through www.georgefuneralhome.com