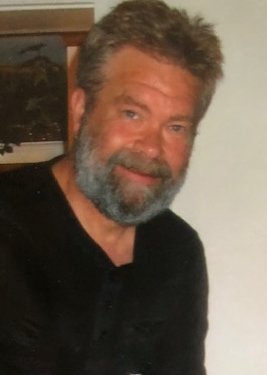 It is with great sadness that Tom Taylor passed away peacefully at home on January 19, 2020 near his 59th birthday.  Beloved son of Sandra and the late Nelson Taylor, brothers Ted and Dennis, long time friend Sonya and her son Simon and his children Trinity and Roman.  Tom divided much of his time between Niagara (Grimsby) and the Bruce Peninsula (Lion's Head) where he ultimately settled in 2007.  Tom had also lived in Alberta, B.C. and North Carolina throughout his 20's.

Our deepest gratitude goes out to Tom's friends, family, doctor and health care team that provided their unwavering support, comfort and love through his recent struggles with cancer.

A 'Celebration of Life' to be announced in the spring will be held at the Eastnor Cemetery, Lion's Head followed by a time of fellowship and refreshments at the family cottage in Lion's Head.  Arrangements entrusted to the GEORGE FUNERAL HOME, LION'S HEAD CHAPEL, Lion's Head.  Expressions of remembrance to the Lion's Head Hospital Auxiliary would be appreciated.  Messages of condolence may be sent to the family through www.georgefuneralhome.com